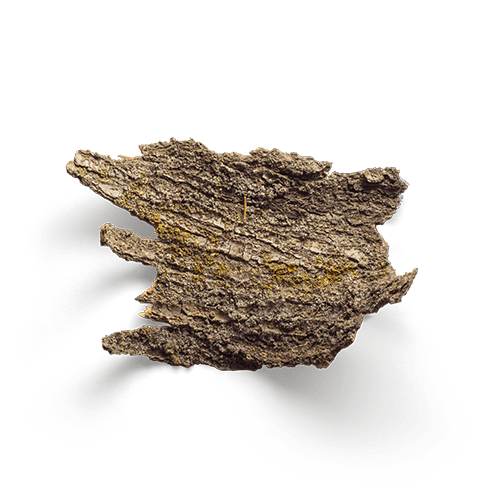 In the video we learned what fragmentation is and why it is a problem.

Read more about how climate change can be especially threatening to species living in fragmented habitats.

The metapopulation game: simulate life in a fragmented population for yourself

The dynamics of fragmented populations can be simulated on a computer, but it’s much more fun to simulate it for yourself in the schoolyard. In the metapopulation game you are either a butterfly who has to move from patch to patch and find a mate who is not too closely related, or a parasitic wasp who tries to catch the butterfly between patches, or a patch controller who keeps the number of butterflies in a patch below the maximum number that will fit on it.

This game simulates the workings of a metapopulation, i.e. a set of connected local populations living in a fragmented habitat. The game is inspired by the life of the Glanville fritillary butterfly, which lives in the dry meadows of Åland.

Ideally at least 20 people in total. 5-7 patch controllers, 1-3 predators and/or parasitoid wasps. The rest of the players are butterflies.

Course of the game

The game is played by male and female butterflies, and their goal is to maximise their lifetime reproduction, represented by the total of the points on their card. Each butterfly starts with an empty card, with the colour showing its genotype and the shape showing its sex. The game starts with full inbreeding, meaning that each patch only contains a single genotype. Each butterfly can only mate ten times, and crossbred matings are worth more points than inbred matings. However, to achieve a crossbred mating the butterfly has to move to another patch, which has its own risks.

When a male and female are on the same patch and both want to mate together, they are free to mate at any time. To mate, they show their cards to the patch controller, who marks both their cards with mating points: 2 points for crossbred mating (different coloured cards) and 1 point for inbred matings (same coloured cards). The same pair can only mate once, and then at least one of them must change patches before they can mate again. Butterflies that get caught by predators or use up all their ten matings die and move off the playfield. The game continues until all butterflies have either been killed or have mated ten times.

To achieve crossbreeding, or when a patch goes extinct, butterflies have to move between patches (disperse). This is done by simply running to a free sector in another patch. There are two kinds of danger between the patches: predators and parasitoid wasps. Both try to catch butterflies between patches but are not allowed to enter the patches. Predators kill the butterfly by touching it, which puts them out of the game. The touch of a parasitic wasp means that the wasp gets to cross out the butterfly’s most recent mating points, and one of that butterfly’s ten matings is thus lost. (In nature parasitic wasps lay their eggs in the eggs or larvae of butterflies and kill them.)

The size of a patch affects the likelihood that it will go entirely extinct. At certain intervals (for instance as many minutes apart as there are sectors in the patch), the patch goes extinct. To show extinction, the patch controller raises their arm, tells all the butterflies to get out of the patch and holds their arm up for 30 seconds. For as long as the arm is raised, the patch is closed to butterflies.

Goal of the game

The winner of the game is the butterfly with the highest mating point total. Try out different strategies (staying put safely and getting low value inbred matings, versus going out for valuable crossbreeding with an increased risk of premature death). Between games you can think up new rules or adjust the sizes and locations of patches, and see how that affects the game. You can also try increasing or reducing predators and local extinctions.

• Intraspecific competition: the fewer sectors there are relative to the number of butterflies, the harder it is to find a free sector

The Glanville fritillary butterfly has been followed in the Åland islands for years, and a great deal of data has been collected. What can you do with all this information? Try it out with your own dataset.

Download the data as an excel file here. It contains data over 15 years from the dry meadows of northern Åland.

The file has a row for each patch. The columns contain the ID of the patch, patch size, connectivity, the number of years when the butterfly was found in that patch, annual numbers of nests, and the total number of nests over 15 years.

With an x-y scatter chart you can examine the effects of factors like connectivity or size on the likelihood of butterfly occurrence (number of years) or the total number of nests.

A line graph can help you see, how the number of nests varies from year to year. Do the lines go up and down together? Can you see an overall trend over the 15-year period?

What we can do

In the study of metapopulations we use different measures to describe how easily a particular patch can receive new immigrants from other patches. In this dataset each patch is given a connectivity value, which takes into account its distances to all the other patches in Åland, weighted with the size of each patch. The closer a neighbouring patch is, the easier it is to get from it to the focal patch, and the bigger it is, the greater its local population and the more butterflies can emigrate from it.